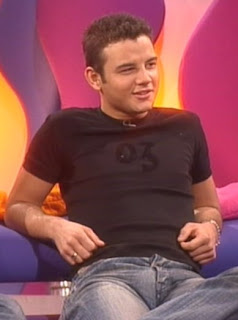 Ryan Thomas probably isn’t a name that many would know, but in the UK he plays Jason Grimshaw in the long-running soap opera “Coronation Street”. Known as “Corrie”, it’s one of the biggest shows on British telly.

Now we wouldn’t be seen watching such a show, but a bulge is a bulge and we had to share this picture of Thomas from a talk show a few years back.

He’s not the best looking guy in the world, but what a delicious bulge he’s packed into those jeans of his.